has a home in TN

This custom Classical guitar was built from the cherry wood of a customer who had saved it from a tree that had been cut down.  We milled it into back and side pieces.

Steve shares the story about acquiring the cherry wood:  “The cherry wood came from the property of my wife’s uncle in Franklin Tennessee. The tree was struck by lightning and had died. He had cut it into four to six foot sections each one about two feet across. He was planning on burning it but instead asked if I would like to have it. I told him I would be happy to take it. I have been a woodworker, among many other things, most of my life. I got to his home early that weekend and said my hellos. He then took me outside and showed me where the wood was located. As it just so happens he had rolled the sections of tree to the bottom of a sinkhole which was on his property. Approximately forty foot deep with steep sides. You can drive a truck to the location but I was concerned about getting out. He said if needed he would pull me out with his tractor. I then loaded each one by hand into the bed of my truck. By then the dew that was on the ground where I entered had disappeared. I was able to get out and say thank you and my goodbyes. I took the tree sections to Mr. Bybee who ran a sawmill in Lebanon Tennessee. There we cut it into lumber and loaded it back into my truck. I put it into storage in my wood shop to dry for quite a few years. I made my wife’s uncle a cutting board and side table from this cherry which they treasure. I am thrilled to have David and the artists at Gallagher Guitar build the first classical guitar at the new location for me. Thanks guys Steve.”

It was our honor to build this classical in the tradition of J.W. Gallagher who built the first Gallagher Classical. 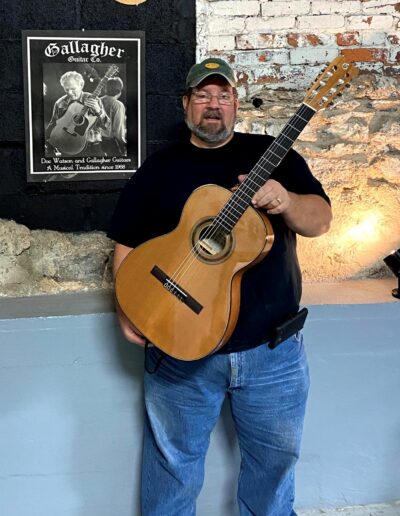 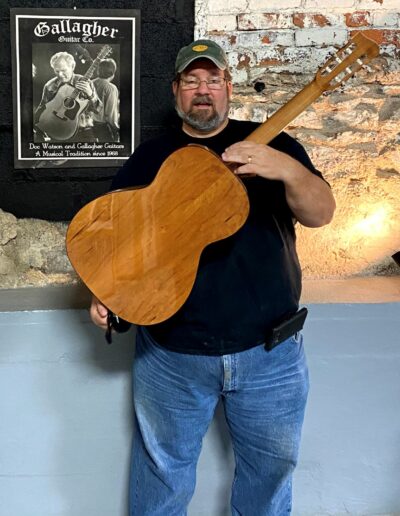 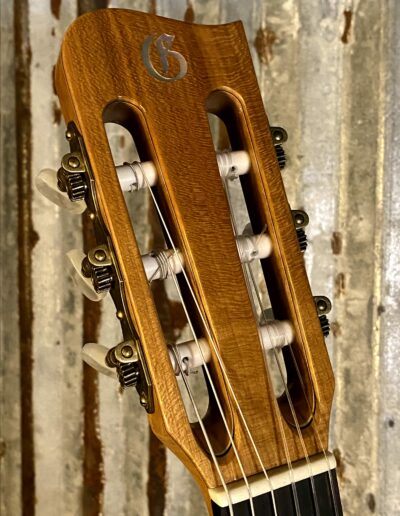 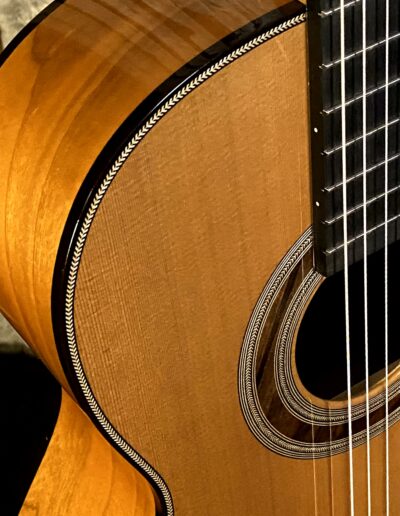 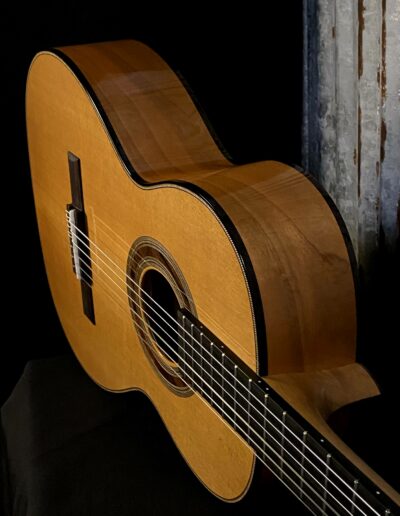 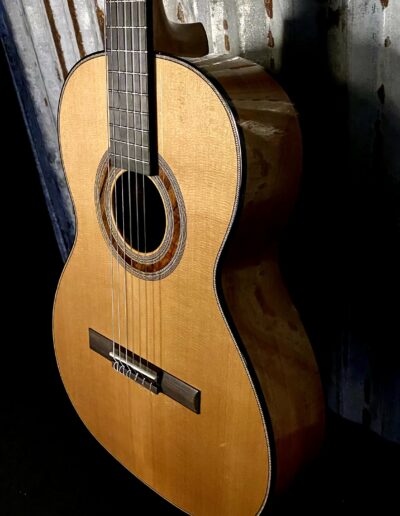 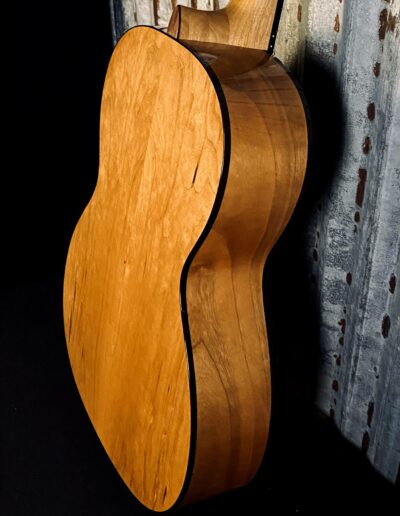 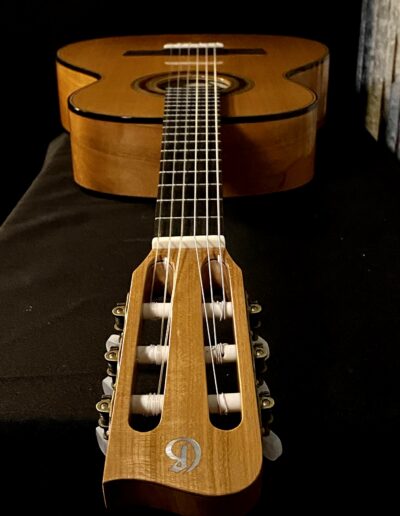 We would be honored to build your custom guitar too!