History of Gallagher Guitars: An Origin in Craftsmanship

In 1963, J.W. Gallagher, a skilled woodworker, sawed a dreadnought guitar in half in order to figure out how it was made. J.W. had recently lost his job making scale-model airplanes and rockets when the Slingerland drum factory in Shelbyville, Tenn., hired him to set up a production line for their new Shelby guitar. The Shelby was an inexpensive guitar that served as Slingerland’s foray outside of drumstick making. J.W. and his son, Don, worked in the Slingerland factory for a few years, but J.W. wanted to build instruments with the same quality and care that he put into his furniture. So, in 1965, J.W. Gallagher built the first Gallagher guitar. The Gallagher Guitar Company has been producing quality handmade guitars ever since.

As a result, that guitar became known as “Ol Hoss” and was played by Doc on many recordings. One of these recordings includes the Nitty Gritty Dirt Band’s Will the Circle Be Unbroken. During this recording, Merle Travis famously commented that Doc’s guitar “rings like a bell.”

J.W. retired in 1976 and Don assumed the responsibility of operating the shop. Don was instrumental in developing the longevity of the business and in bringing traditional guitar making into the 21st century. In 2015, Don’s son, Stephen, became the owner of the storied brand.

David Mathis lived in nearby Murfreesboro:  “I learned my first guitar chords on a Gallagher from a man who had a 1967 Gallagher G-50.  When I heard the company had closed its doors, I started thinking about what could be done to keep it going.”   David Mathis approached Stephen and this eventually led to acquiring Gallagher Guitar Co. with the support of Don and Stephen by the end of September 2019.  The transfer of assets includes all the original Gallagher patterns, molds, and machines. In short, these are the same tools responsible for the finest acoustic guitars made over the last 55 years. On top of that, they are still in use today. In fact, some of the jigs and equipment pieces still used today were originally made by J.W. Gallagher.

Continuing the Story of Gallagher Guitars

Continuity is important, and we know the history of Gallagher Guitars. We’ve got all the same molds. We will be making the same models and we plan to have some stock models for inventory in the retail shop. So many people love their Gallagher guitars and the Gallagher family. Therefore, we understand the responsibility of the stewardship of Gallagher and intend to honor that legacy.

“From the very beginning it has been a team effort,” said Don Gallagher, who worked alongside his father until J.W. Gallagher passed away. “My dad always had folks working in the shop who shared his standards and played a significant role in the process. We have helped David locate many of the people who worked with us over the years. It means a great deal to me that the business is continuing.”  And the first guitar to be built in the new shop?  Building off the history of Gallagher Guitars, the first one will be a Doc Watson model.

A Dedication to Quality

Gallagher guitars are built by hand in limited number. Making a Gallagher guitar takes 3 months and 70-80 hours of labor. The workmanship on all Gallagher guitars is the same regardless of price or model. The difference in cost of the various models is governed by the cost of materials and the amount and type of trim used. 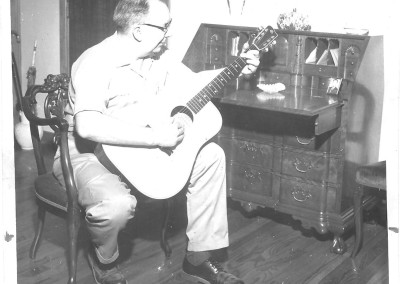 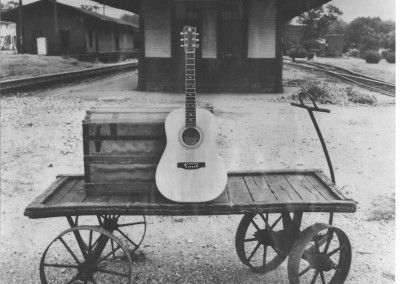 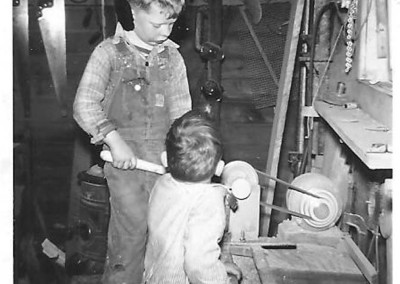 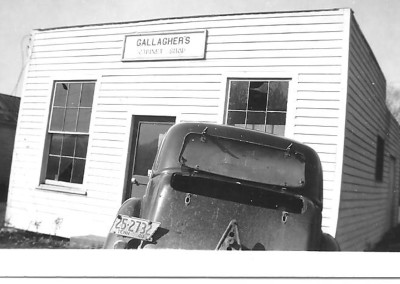 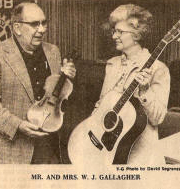 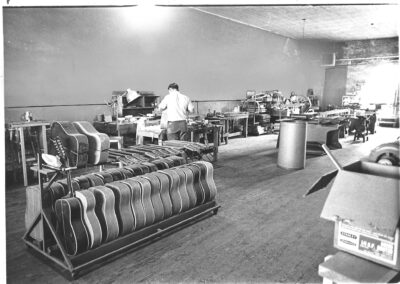 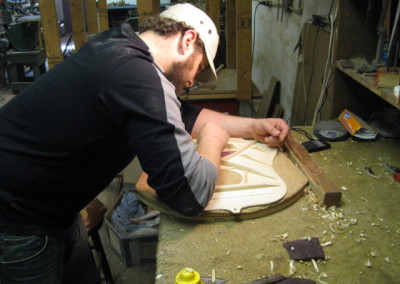 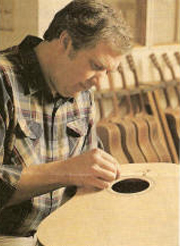