These Gallagher models are truly Tennessee guitars that are built from native woods.  We use Appalachian spruce (Red Spruce) which grows in the upper elevations of eastern TN, Osage Orange or Bodock (sometimes referred to as Hedge Apple) wood for the back and sides, a black Walnut neck.  Wounded persimmon (referred to as American ebony) is used for the fretboard, headcap and bridge.  American Holly makes for wonderfully creamy binding and rosette.

Our very first (prototype) was presented at Summer NAMM.  George Gruhn was very complimentary of our work, so much so that he bought the first one, the G-TN.  His guitar included a spalted sycamore rosette that was designed by Geoff Roehm and a leaf carve volute. 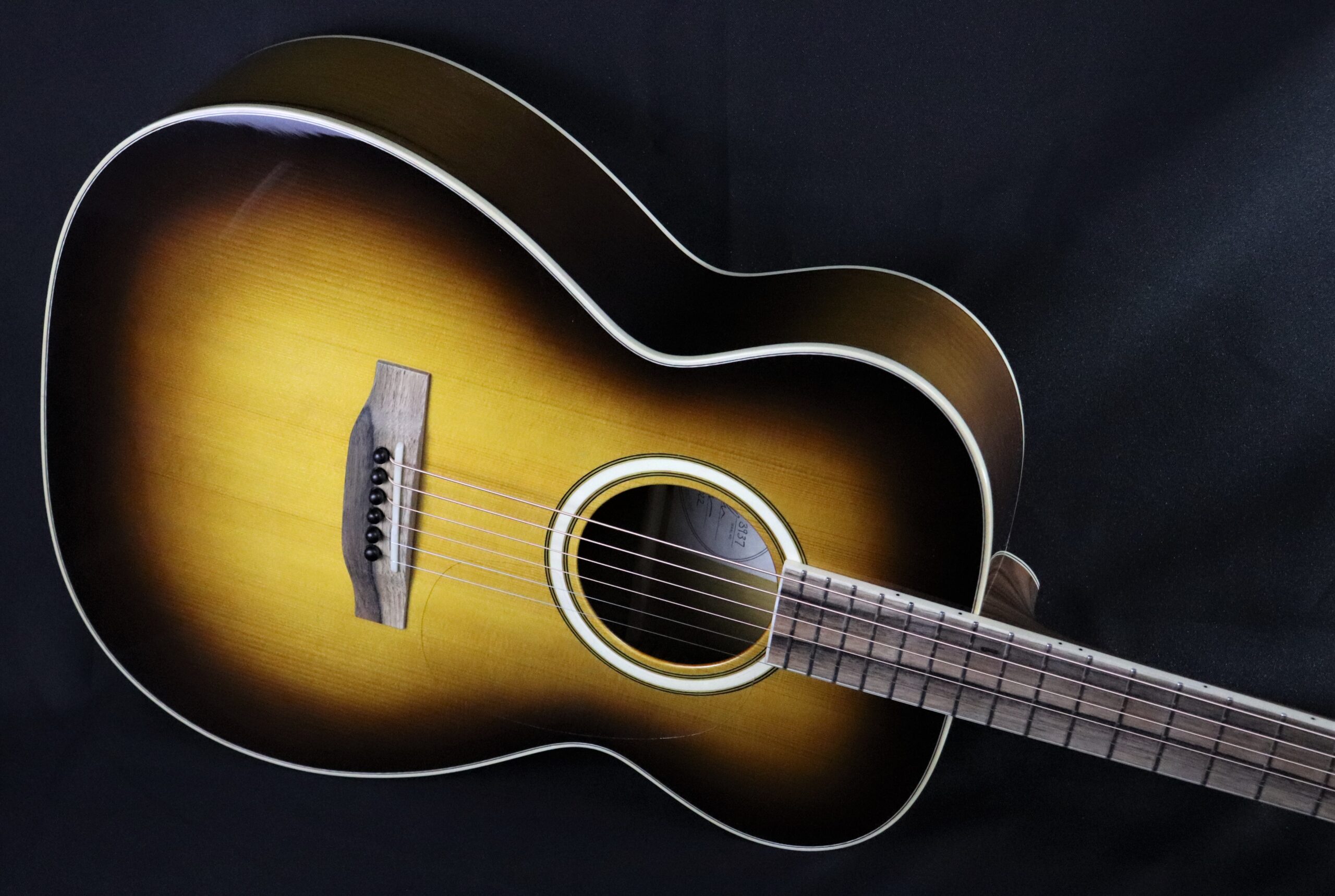 We can build the Tennessee guitar in any body shape from a Parlor to a Jumbo.  The guitar below was featured in the Connoisseur electronic magazine produced by The North American Guitar.  This is our GA-TN which is our grand auditorium body size (OM).  This guitar reflects the standard features which included American Holly binding and rosette with bodock purfling and accents. 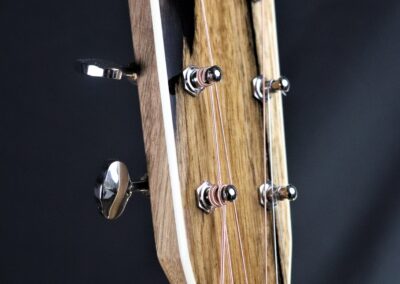 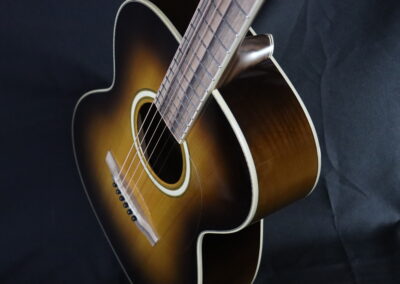 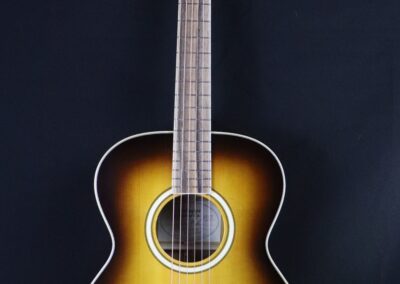 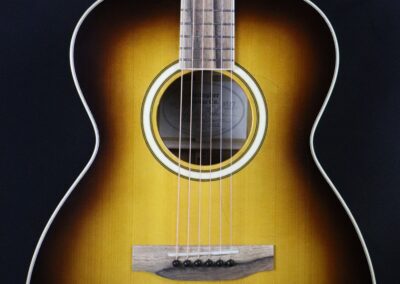 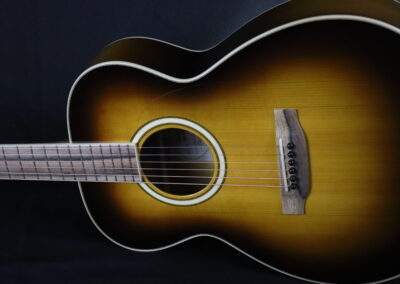 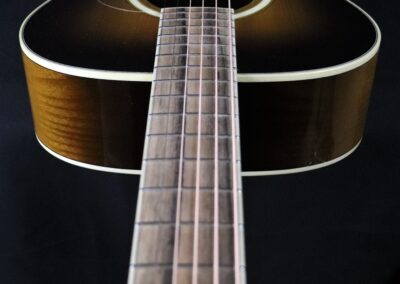 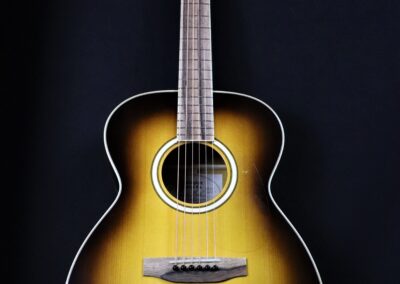 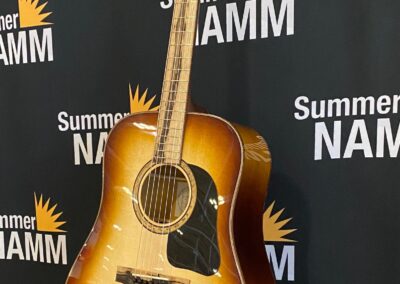 Upgrades and additional features are available for cutaway body, electronics, and cases.  In addition, 12 string guitars can be built from these models.  We also offer a Spalted Sycamore rosette on the TN guitars.