GIVE US A CALL FOR AVAILABLE MODELS

The Doc Watson Signature is one of the most distinguished Gallagher guitars. It is the same guitar as the classic Doc Watson model but with some added adornment!

The first Doc Watson model was built in 1974 after Doc had been playing a G-50 for six years. J.W. and Don met Doc and his son, Merle, at the Union Grove Fiddlers’ Convention in 1968. When J.W. and Don were choosing guitars to take to the festival, they had only one mahogany guitar finished. But it had a problem. During the building process, the guitar had cracked along the side of its body. The crack had been repaired, but J.W. didn’t want to sell the guitar because of the blemish. But it was the only mahogany guitar they had, so they decided to take it for display only.

After playing the G-50 for six years, Doc decided he was ready for another guitar. Doc had learned how to play fiddle tunes on a Les Paul guitar, so Merle brought a Les Paul neck to the shop and asked if Gallagher could make a similarly sized neck for Doc’s new guitar. Thus, the Doc Watson models all have a 1 3/4” neck with jumbo frets. All Doc Watson models have mahogany back and sides, Sitka spruce tops with voiced bracing, and herringbone purfling and rosettes. The Doc Watson Signature came about in the mid-’90s at a Gallagher Guitar reunion festival. A customer asked for a guitar with Doc’s signature on it. So Richard, Doc’s grandson, held Doc’s hand and wrote Doc’s signature on a piece of paper. Gallagher copied that image and inlayed it on the 12th fret, added diamonds and square inlays, wrapped the whole guitar with maple binding, and the Doc Watson Signature model was born. 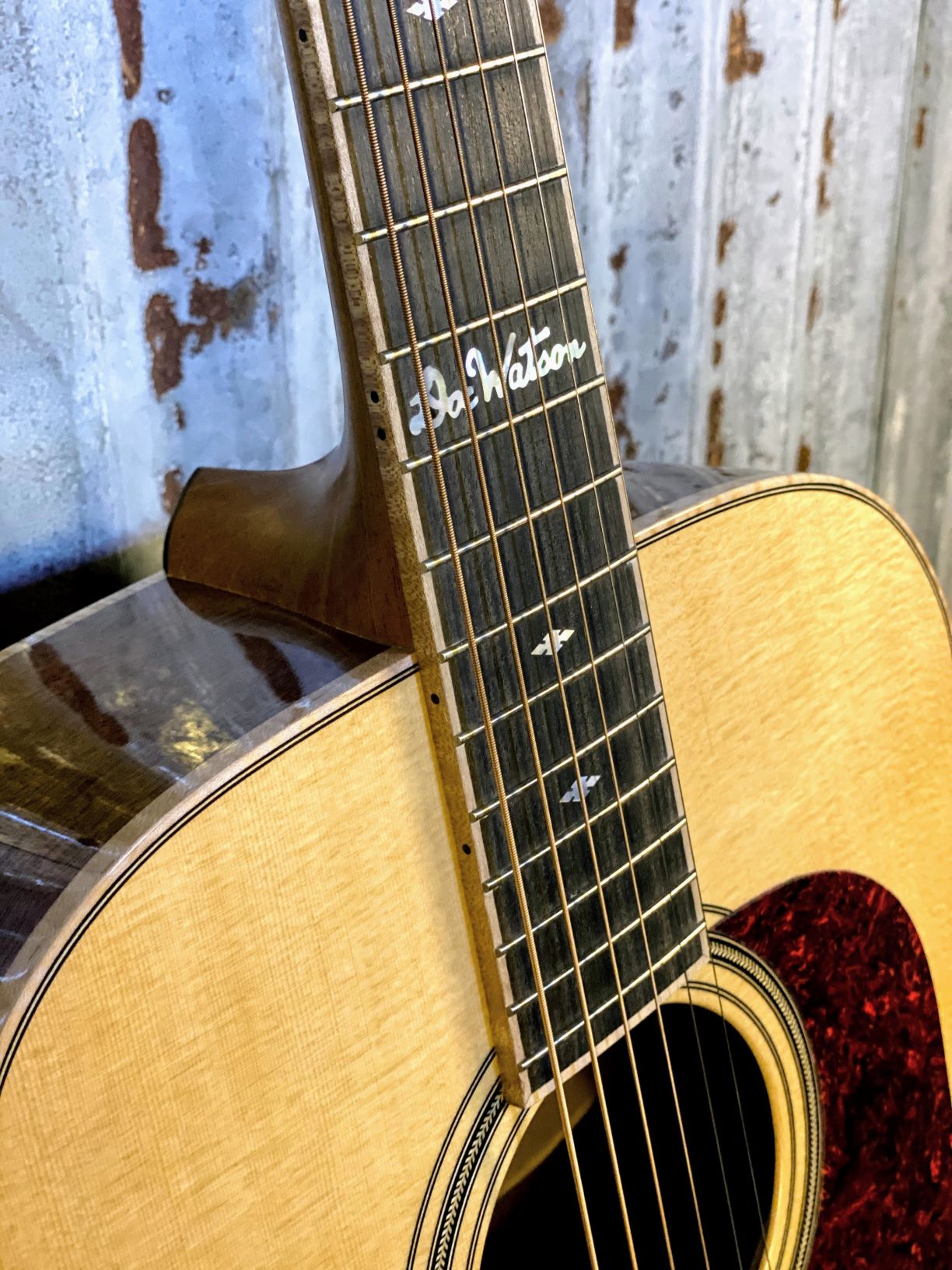 Interested in the Doc Watson Signature Model? Let Us Know! 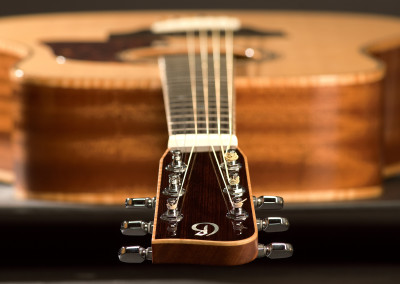 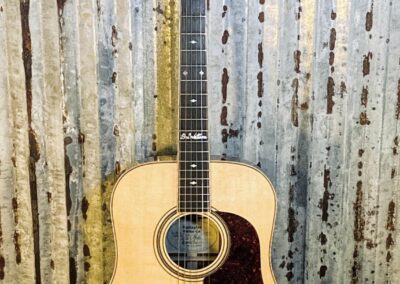 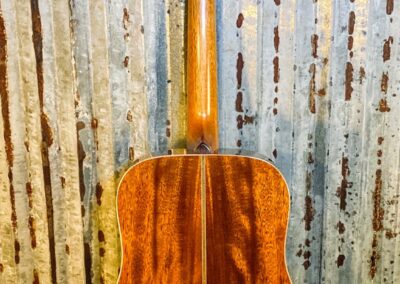 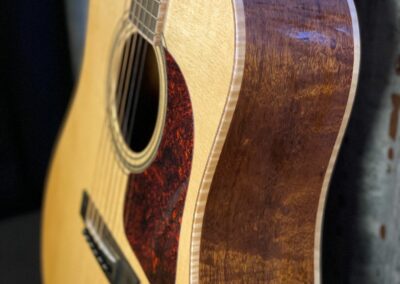 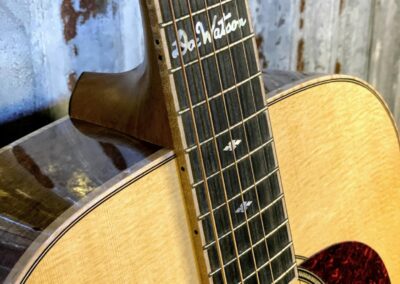 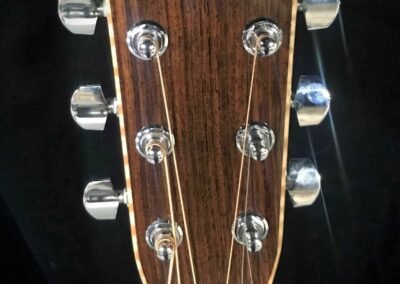