This G-50, #3841, has beautiful striping with its African mahogany.  The back and sides are beautifully book matched.  For the soundboard, we use top grades of Sitka spruce, just like J.W. started using in the 60s.  Good quartersawn Sitka is lightweight but also stiff which lends itself for high velocity of sound.  Sitka can take a strong attack and still maintain clarity.

As a result, that guitar became known as “Ol Hoss” and was played by Doc on many recordings. One of these recordings includes the Nitty Gritty Dirt Band’s Will the Circle Be Unbroken. During this recording, Merle Travis famously commented that Doc’s guitar “rings like a bell.” 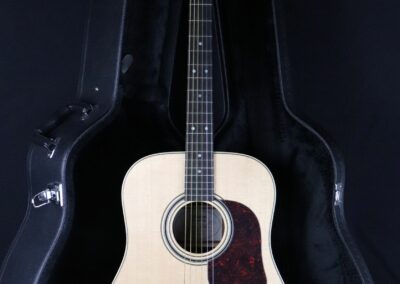 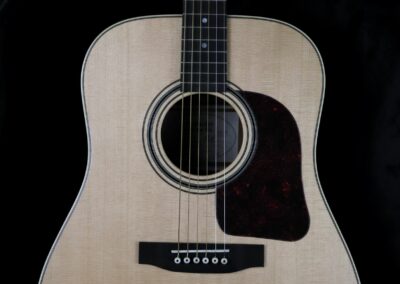 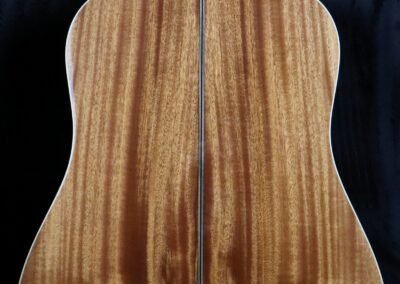 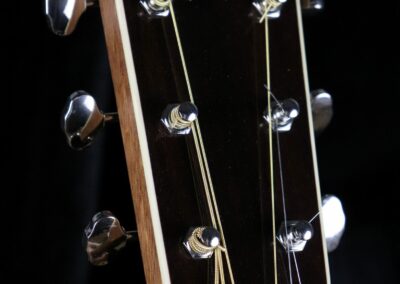 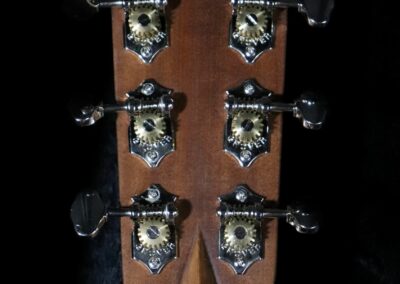